This tour is designed for the guest who wants to get out and experience firsthand what Chicago is all about! Enjoy the breathtaking views of architectural masterpieces, from Probst & White to van der Rohe, terra cotta clad French Renaissance details to minimalistic industrial steel framework and large glass panes. In 2 hours and with a well-planned route, your expert guide will show you what makes this city so spectacular. The tour will take you from the exact location of where Fort Dearborn once stood to the street that house some of our most precious public works of art!

Bertrand Goldberg, Fazlur Khan, Holabird & Roche and Louis Sullivan are all architectural powerhouses that have left their mark on Chicago.  On this tour, we will walk through the city, exploring the diverse architectural styles that fill each block as we take a stroll along the river and into the infamous Loop!  Chicago is proud to be called the second city, but not because we are second to anyone else!  Rather, thanks to the Great Chicago Fire,a second city was built on top of the ashes of the first.

From Chicago’s humble origins as the “Stinky
Onion” to today’s “City of Broad Shoulders,” this metropolis has something to offer every aesthetic. The Millennium Park/DuSable Bridge Tour begins at the Chicago Cultural Center, the nation's first and most comprehensive municipal cultural venue. Built in 1897, the building was designed to impress and prove that Chicago had grown into a sophisticated and cultured city, not the noisy, industrial boomtown of yesteryear. Today, it provides a stunning backdrop, forged from the most sumptuous materials by expert craftsmen, for the many forms of artistic expression presented here. Continuing on into Millennium Park, we will enjoy famous works of public art like the iconic “Bean” by Anish Kapoor, Jaume Plensa’s Crown Fountain and of course Frank Gehry’s Pritzker Pavilion. We will also stroll by the Art Institute, Jeanne Gang’s Aqua Building, the Chicago River, the site where Chicago first began, and more!

Book both tours and the second tour is only $15! 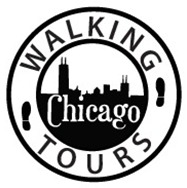